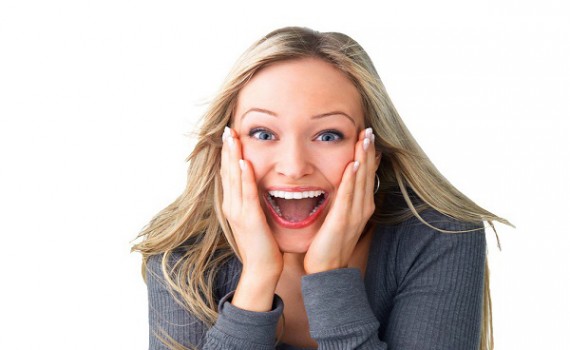 Did you know that enneacontakaienneagon is actually a word in the English language? (And you thought pronouncing supercalifragilisticexpialidocious was difficult?). In fact, the meaning of the word is just as bizarre as the word itself: it’s a shapewith 99 sides. Compared to other languages, English may seem simple, but that is probably because most people don’t realize it is full of crazy inventions, misinterpretations, mistakes, strange words, and needless words!

Let’s take a look at the top 14 interesting facts about the English language:

1. “I am” is the shortest complete sentence in the English language.
2. A pangram sentence is one that contains every letter in the language. For example, the sentence, “The quick, brown fox jumps over the lazy dog” is a pangram.
3. Supercalifragilisticexpialidocious (*breath*) is NOT the longest word in English. This extra long word (that approximately means “fantastic”) was invented for a movie, and it became a word in the dictionary. What you probably didn’t know is that there is a word that is longer — yes longer — than this one. Pneumonoultramicroscopicsilicovolcanoconiosis is a type of lung disease caused by inhaling ash and dust. Go ahead and try pronouncing that!
4. There are “ghost words” that mean nothing. Believe it or not, there are some words that appeared in the dictionary due to printing errors and meant nothing. The word “dord” appeared in the dictionary for eight years in the mid-20th century. It became known as a “ghost word”.
5. The shortest, oldest, and most commonly used word is “I.” Medieval manuscripts reveal that some of the oldest words in English were “I,” “we,” “two,” and “three.” This makes “I” one of the shortest and oldest words in the English language. It is also the most commonly used word in English conversations.
6. Words have lifespans that can range from fewer than 1,000 years up to 20,000 years. It is estimated that a new word is created every 98 minutes.
7. There’s a name for words that we repeat often. Words we always use even though they add no meaning or value to the sentence are called crutch words. For example, in the sentence “Then I was like, OMG, then like, he went there, and like…” it is pretty obvious that “like” is the crutch word. “Actually,” “honestly,” and “basically” are also commonly used as crutch words.
8. Swims will be swims even when turned upside down. Such words are usually called ambigrams.
9. English is the language of the air. This means that to communicate all pilots have to identify themselves and speak in English, regardless of their origin.
10. Girl used to mean small boy or girl. The word “girl” was not initially used to refer to a specific gender. It used to mean “child” or “young person” regardless of the gender.
11. The Oxford English Corpus currently contains over 2 billion words. The average person, though, is likely to know only about 50,000 of them.
12. According to researchers at Reading University, the oldest known word in English is “who,” dating back more than 20,000 years.
13. Author Ernest Vincent Wright once wrote an entire novel – just over 50,000 words – without using the letter “e.” AT ALL.
And perhaps most importantly:
14. Lexicographer Paul Dickson entered the Guinness Book of World Records by collecting 2,964 synonyms for the word “drunk,” the most synonyms collected for any one term.